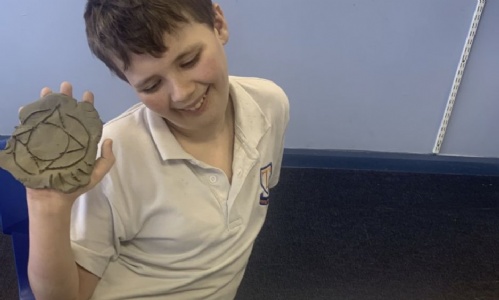 In humanities lessons learners are looking at the Anglo Saxons. The Anglo-Saxons lived in Britain over 1000 years ago settling in 450 AD!

This week, learners investigated the beautifully ornate and intricate jewellery the Anglo-Saxons wore.  Many of the items had a dual purpose Millie explains “they would wear really pretty broaches but the broaches would be used to fasten clothes together as well as being nice to wear.”

In the lesson learners took inspiration from Anglo-Saxon patterns to design and create their own badges.